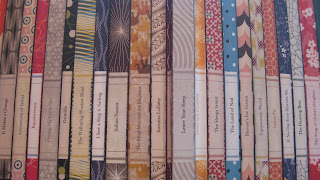 Last week marked the one year anniversary of the release of Natalie Merchant's Leave Your Sleep album. Normally I don't think twice about an album's anniversary. However, Leave Your Sleep has become one of my absolute favorite albums. She turned other people's poetry into music, 26 songs to be exact. It contains a broad range of musical styles and somehow remains completely cohesive. I find some sort of comfort in this album, something I can't explain.

I was lucky enough to see her live two times last year. Once was an intimate show last April at the Poetry Center. Such an amazing show. I also saw her this past July at the Chicago Theatre which I briefly blogged about here. 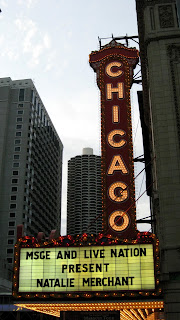 Anyone who hasn't heard this album should have a listen. Get the full version with the 26 songs. In the booklet she explains each poem and gives the background of the original poet. I just love it! So there. Haha. I think this post got a little melodramatic. Oh well. Have a listen to The Peppery Man, one of my favorite songs off Leave Your Sleep: